Union officials are preparing employees of Qwest Communications for a potential strike as the deadline to hammer out contract negotiations passed Saturday.

About 14 Qwest employees in the Craig and Steamboat Springs area are represented by the Communications Workers of America Local 7707.

Key points in the talks have been wages and health care. Qwest is offering a wage increase, but that may be offset by proposed higher health-care costs or second-rate coverage, union officials have said.

Employee contracts expired Saturday, but union officials are telling workers to report to work. Qwest’s 25,000 union workers accepted wage freezes in 2002, under the notion that they’d get more consideration during the recent talks.

Craig’s Qwest network technician, Bill Kropinak, said getting more in wages but paying more for health care wouldn’t be a gain for employees. However, it’s a deal he’d gladly take.

The telephone worker of 38 years has been through local company changes of Mountain State Telegraph, Mountain Bell, US West and Qwest, which took over in 2000.

Kropinak said he hasn’t received a raise since 2001. But paying a premium for health-care coverage without a raise wouldn’t be a fair deal, he said.

“It wouldn’t be the end of the world, but it would be a hardship,” Kropinak said. “Health care is the enemy of employees and employers — it’s not the companies we work for, it’s the cost of health care.” 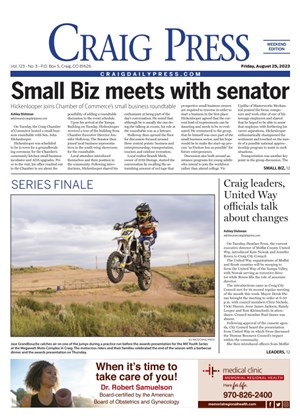